Luckily Johnson was staying at the same place, the ‘Golden Monkey’ so l felt more secure – apparently if a 'muzungo' (white person) is staying anywhere they have to have an armed guard and a policeman at night!  I heard them outside my room saying that this was where the muzungo was staying, which l was not sure whether was reassuring or not.  Sharon the receptionist was lovely – she came from Rwanda but lived in Kampala since she was three years old.  The two dogs were funny, Bonnie the old one, rather fat, and wagged his tail at people, especially if they were eating, and looked longingly.  The other dog, Blacket, just stood and looked really sad – quite a duo!  Figured out the shower in the end by turning the cold tap on and fiddling around with it until eventually hot water came out – the hot tap did not work at all!!  Electric light directly above it of course!!!  Not many, if any mosquitoes here unlike Kasese.  Went to the market which was crowded and bought a basket (4000/-)….nearly got robbed in the mob by this man who took hold of the basket and looked inside, but anticipated this as l had put my rucksack inside it with the strap wrapped around my wrist! 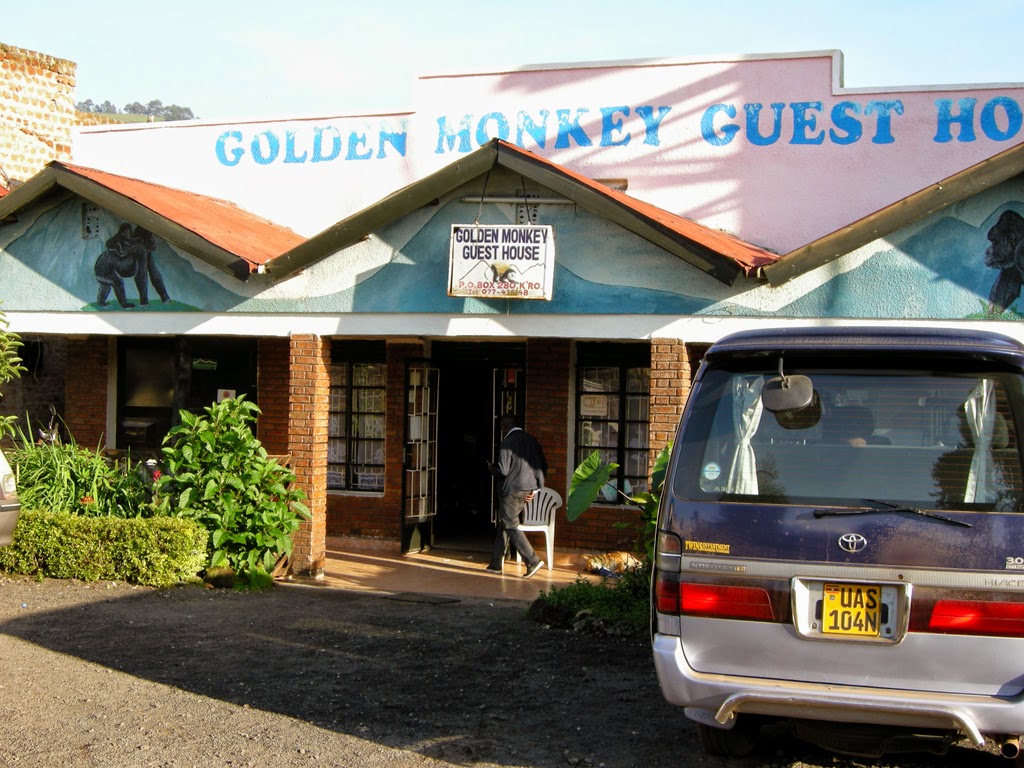 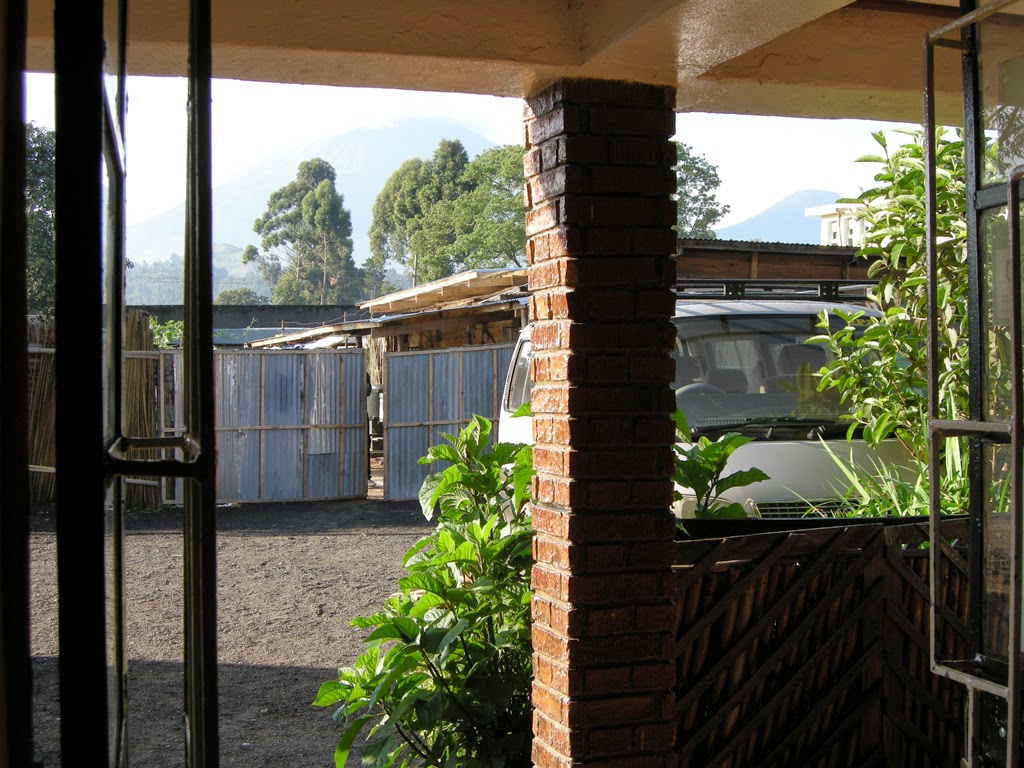 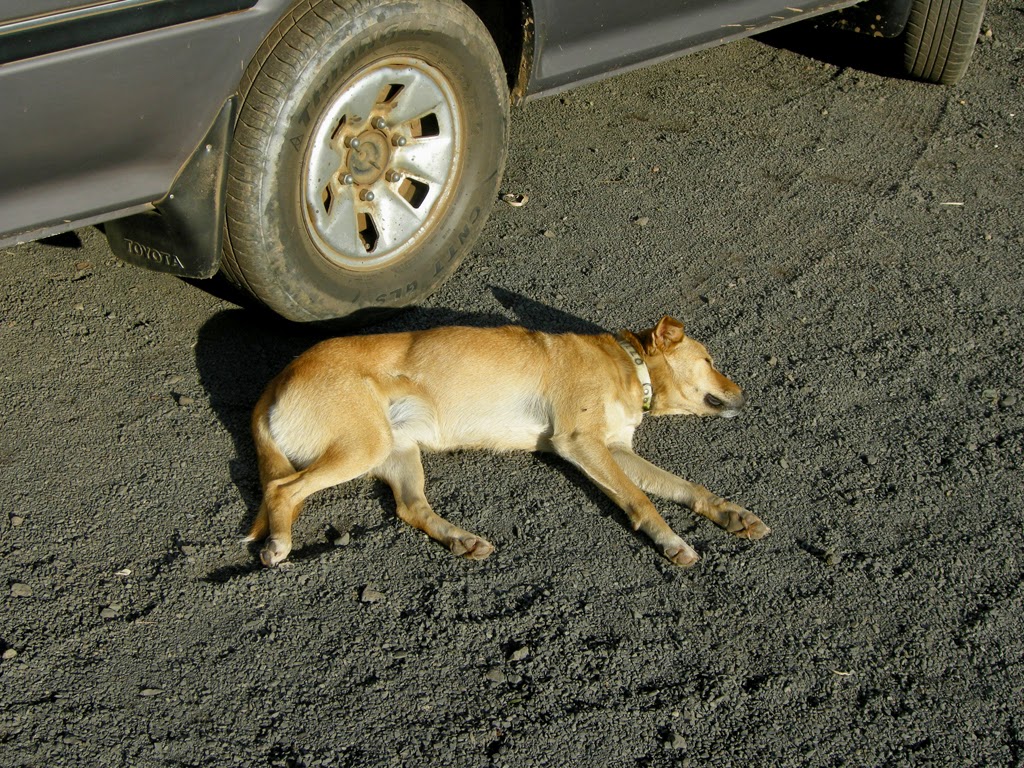 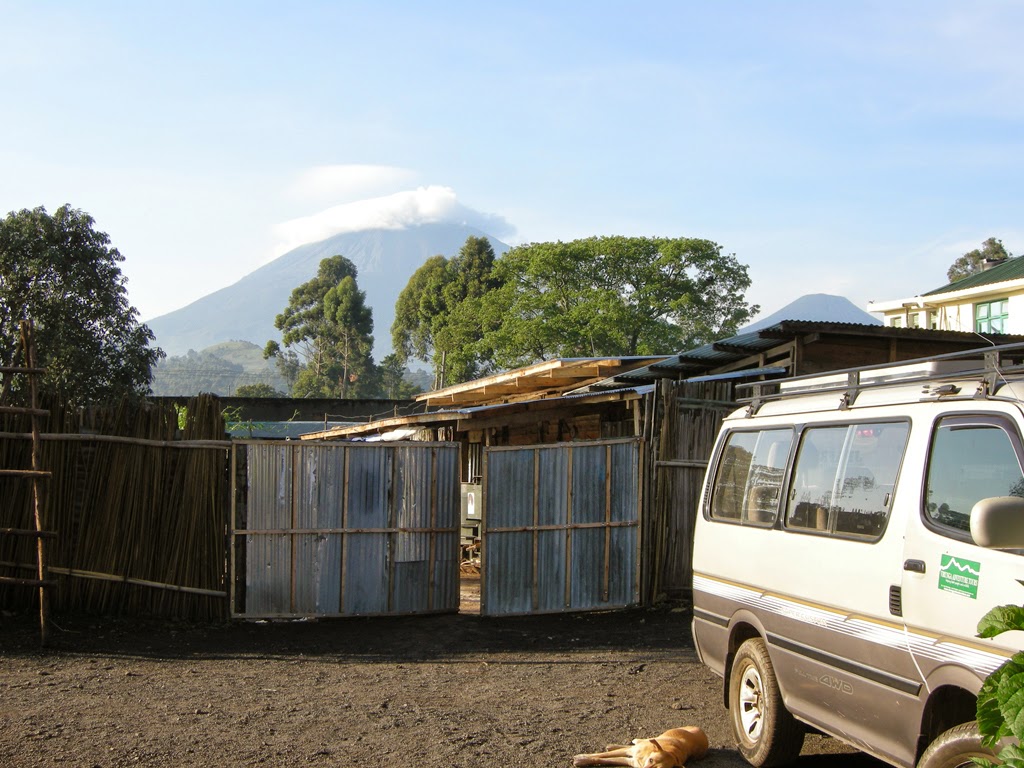