Name: FANASIE KINYAMUNYU
Place: Ndughuthu, Kasese.
This witch doctor was related to Mautha Richard, one of the founders who had formerly been a witch doctor, and his family before him.  He is now a priest.  These are the answers to the questionnaire.

People still come to him in spite of the introduction of Christianity and the numbers have not dropped.
The people that come to him can be Christian as well as believe in the spirits of the traditional Bakonjo religion.
The reasons they come to him are mainly because they are ill or have mental health problems and others need fertility treatment.
He says that large numbers of people come to him as a large numbers get well and so that encourages more people to come.
For fertility treatment he uses an oil (from the ‘Asyombono’ tree), which is put on the woman’s body and they conceive.  They go and when they have the child they come back with gifts such as a goat.
The white chicken feathers by the fire were used to transfer the illness of the person to the chicken before it was killed and tossed outside the hut.  They kill it inside the hut, the person is believed to have been attacked by a bad spirit of the hills which causes the illness.  If the person cannot afford the chicken then eggs are used as a substitute, and often mixed with herbs (depending on the illness) and then these are thrown out of the hut which releases the bad spirit.
He had been a witch doctor for a long time and his ancesters before him, so he has learnt a lot about the trees and plants and their medicinal purposes.
The genet cat is his symbol and the one he respects in their witchcraft.
You usually leave your shoes outside the hut as a mark of respect to the spirits which David was not going to do as he was a bit afraid and said that the witch doctor has more power and control over you if you do that!!
He wears a civet pelt on the head and the leopard skin on his body.  He usually wears bark cloth on his loin area.  The fire should always be burning which shows by the layer of black tar coating the inside of the roof rushes.
For the beginning of the ritual he offers his clients tobacco pipes, which traditionally the spirits ask for but he does not smoke it himself, although the spirits try to tempt him.  There are three spirits he invokes, Muhima, Kitasamba, and his great grandfather.  He uses a basket of objects and has things in a pot he uses.  The three penis shaped objects (made from the blood of a goat) he holds in both hands and shakes backwards and forwards. The drum he plays when he knows the clients are coming.
The medicines he keeps in several baskets – the diseases he treats are all different and the contents are extracts from plants and others are from the ‘spirits’!
As sacrifices he just uses goats and chickens but not pig as the spirits don’t like them as they are considered unclean.  They don’t use dogs either because of the great hunter spirit, ‘Kalisya’, who lives wild in the forest.  Hunters usually go with dogs with bells around their necks.
In his hut he has three doors covered with bark cloth and each door has an owner, from right to left, a) the great grandfather b) the great grandmother and c) the forest spirit Kitasamba.  The stool in the Kitasamba chamber is only for him to sit on but the other two can be sat on by other people.
If he dies he does not think his son will do it, but his grandson might. The people who left the traditional culture and went to Christianity tended to suffer mental problems  - go mad, as the spirits dislike this.  He said he tried to leave but he felt better going back to what he knows best.
He allows his family to go to church – he goes once a year at Christmas on 25th.December.  He gets some clients from church and a lot of his clients complain to him and tell him he should not go to church.
The main age groups that go to him are 20 years and above.  Most of them are old and come from church.  The family members of these people know that they come to him.
When asked whether he does bad as well as good he says that people who do not know witch doctors think that they are bad.  However he says that he has finished doing bad things since August this year and that he has never killed anyone.  He thinks the Christians (missionaries) have come to destroy their culture.
He told us that after having two children he went ‘naked’ (meaning mad) and the elders solved the problem by telling him that he should not reject his culture as it benefits him and he should accept this in spite of what people told him to do.  He now feels more comfortable about this.
The only other job he has is digging (farming), so he makes a good living out of being a witch doctor.
Hanging from his roof inside he has plants, beeswax in honeycomb, and Mukuka.  His shelf that contained various vessels was for making the local brew made from bananas and sorghum.

David said his grandfather on his mother’s side was a witch doctor but all his grandfather’s sons died because of bad spirits (believed that witch doctors are linked to Satan) and so his mother has not got brothers.
He said about homosexuals – two of them couldn’t have a baby with a woman until the witch doctor intervened. Apparently if a woman is cursed it will only become evident when she tries to deliver a baby, which will be difficult in some way.  If there is something in her past that she has not confessed to, she may die or something bad will happen.  At childbirth the husband often stands on the roof and calls for her to give birth and then she does – rather than going for a Caesarian section straightaway as they may do nowadays.

David said he felt uncomfortable in the hut as he felt there were spirits there.  His mother’s father, who as a witch doctor, was a good rain-maker and that’s what he was best known for.  David’s brother to his father (uncle) was also a witch doctor but he burnt all the paraphenelia.  It also turns out that Musa’s (the security guard at the foundry) father is a witch doctor and he thinks he is higher up than the one we saw today.  Musa thinks that they can kill someone – it seems to be by suggestion, as the power of belief in this respect still seems to be very strong. Paid 20000/- to the witch doctor today.

Took some photos of brick kilns today too.

Finished the rubber mould today pouring both sides, but after 6 hours the first side was still not really set and even later tonight it was still a bit sticky.  The second side was poured about 5 pm – the first was poured about 11.30 am.  The catalyst is ‘slow’, so maybe on a hot warm day that would be OK but it was damp and misty today.

The witch doctor thought David was his brother Jacob and he didn’t put him right – maybe deliberately, as he was afraid he might be hexed himself!!!  David’s wife said he didn’t have to go with me!!!

Another bat in the sitting room tonight – managed to chase it out. 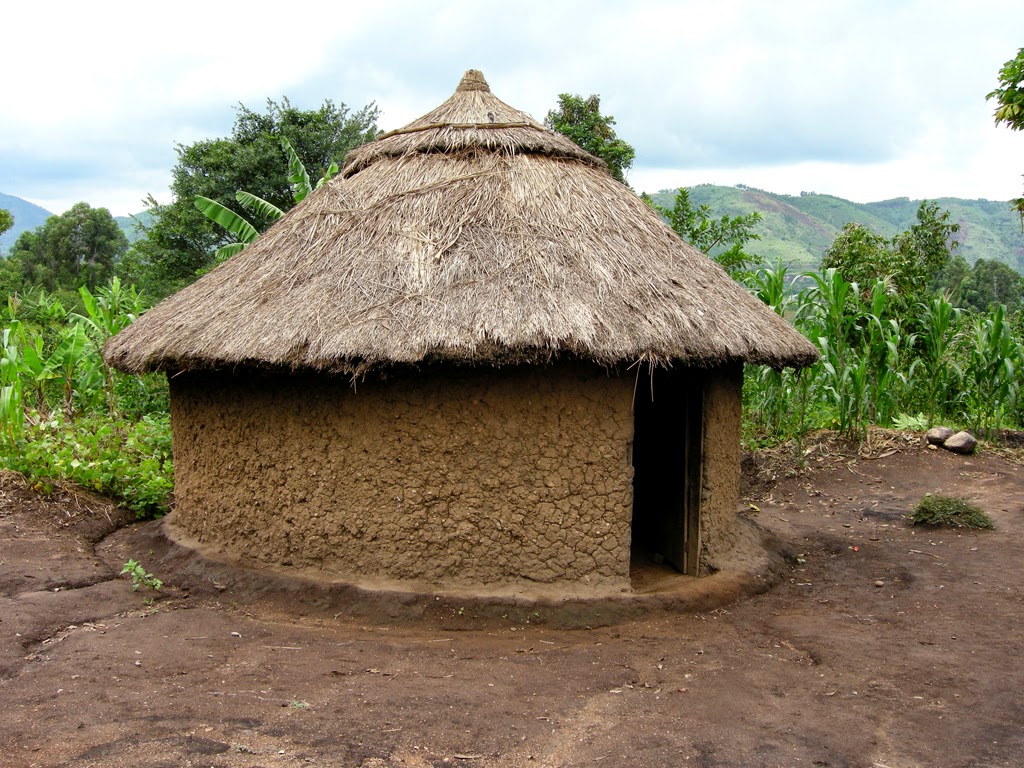 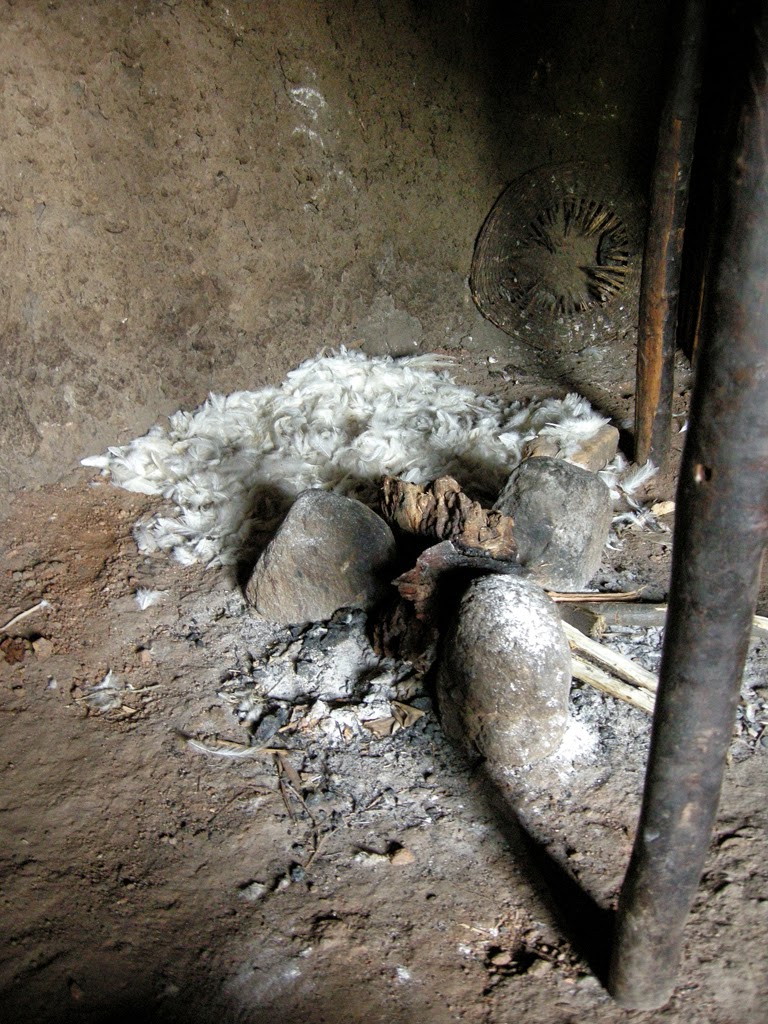 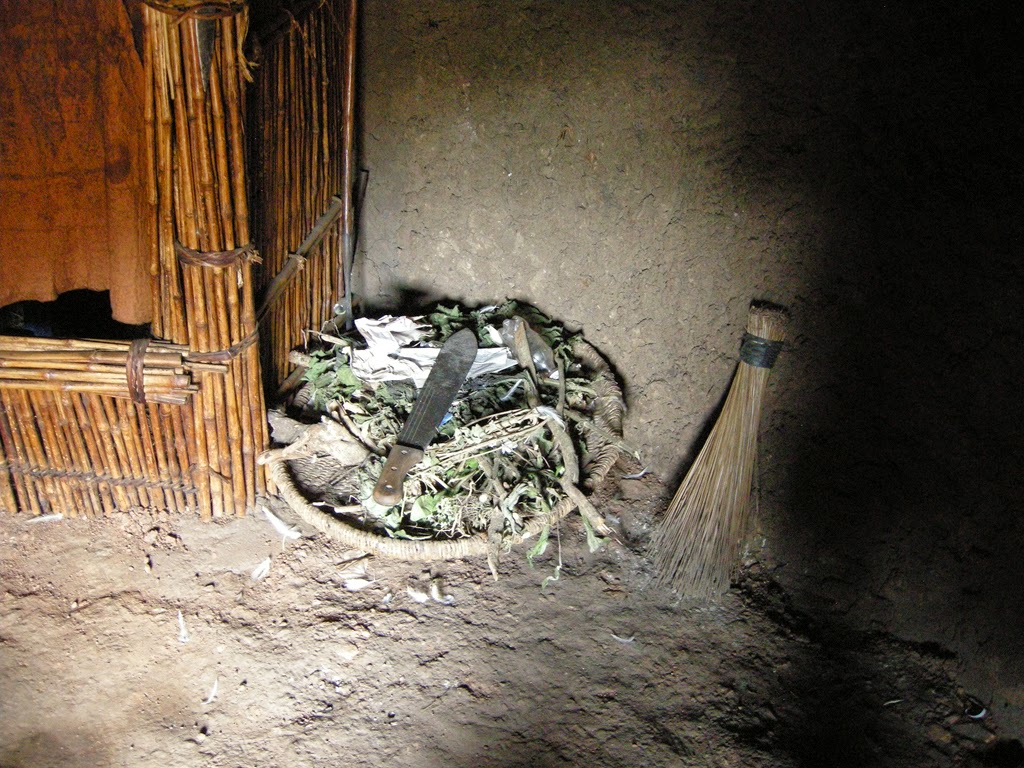 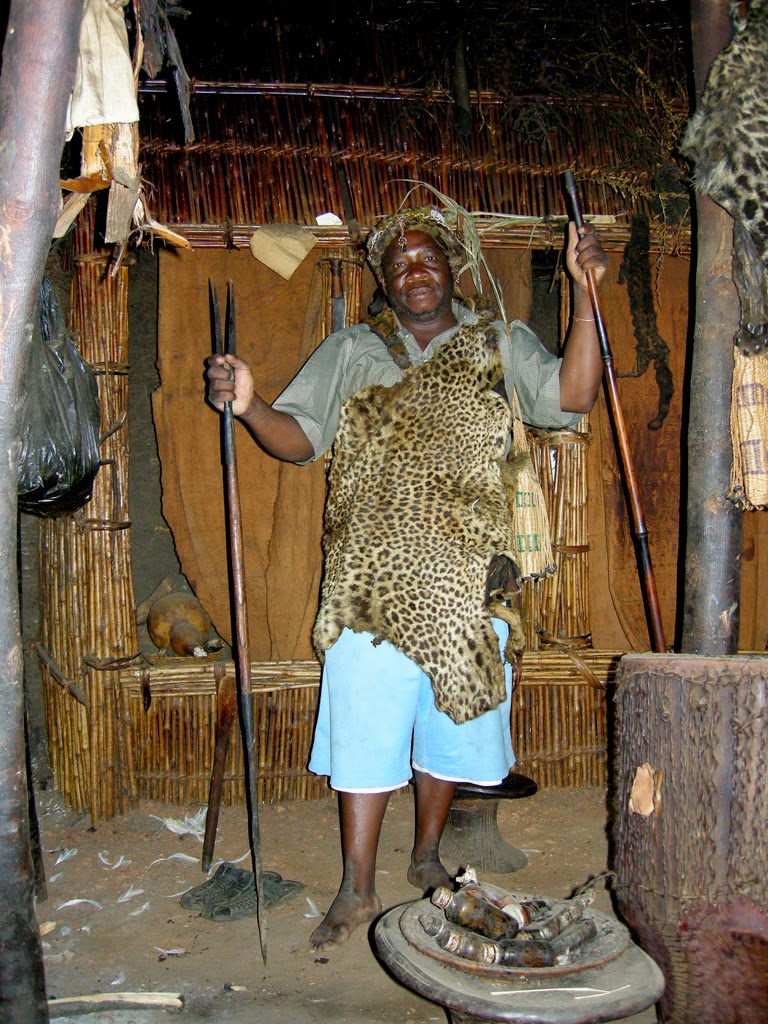 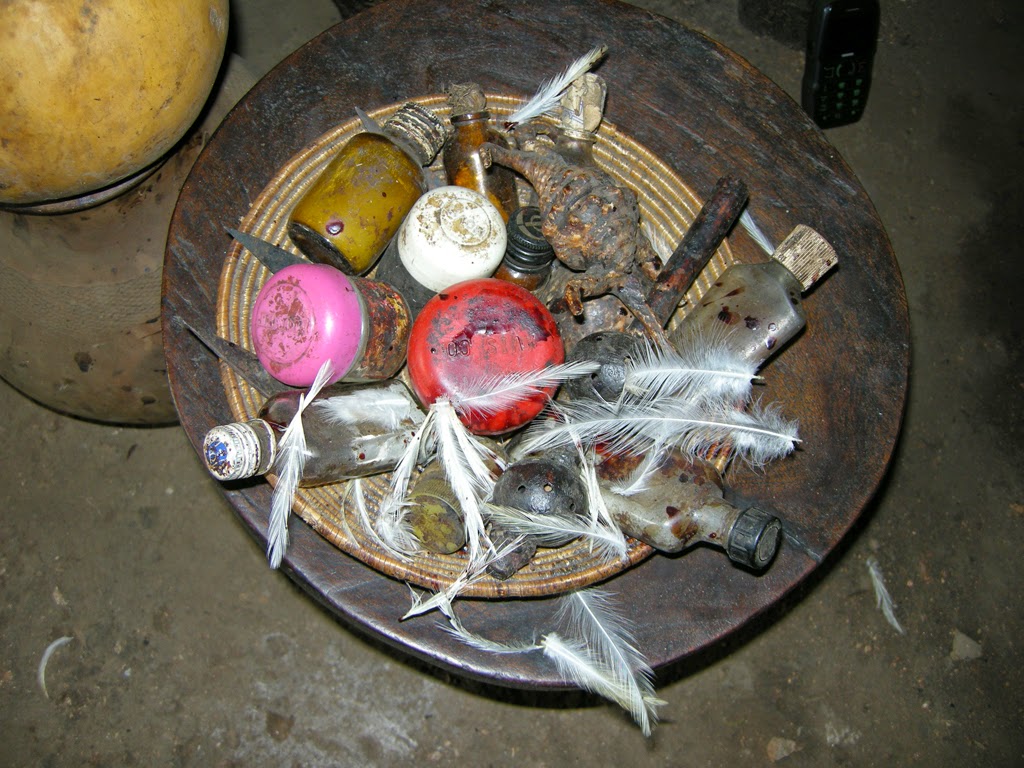 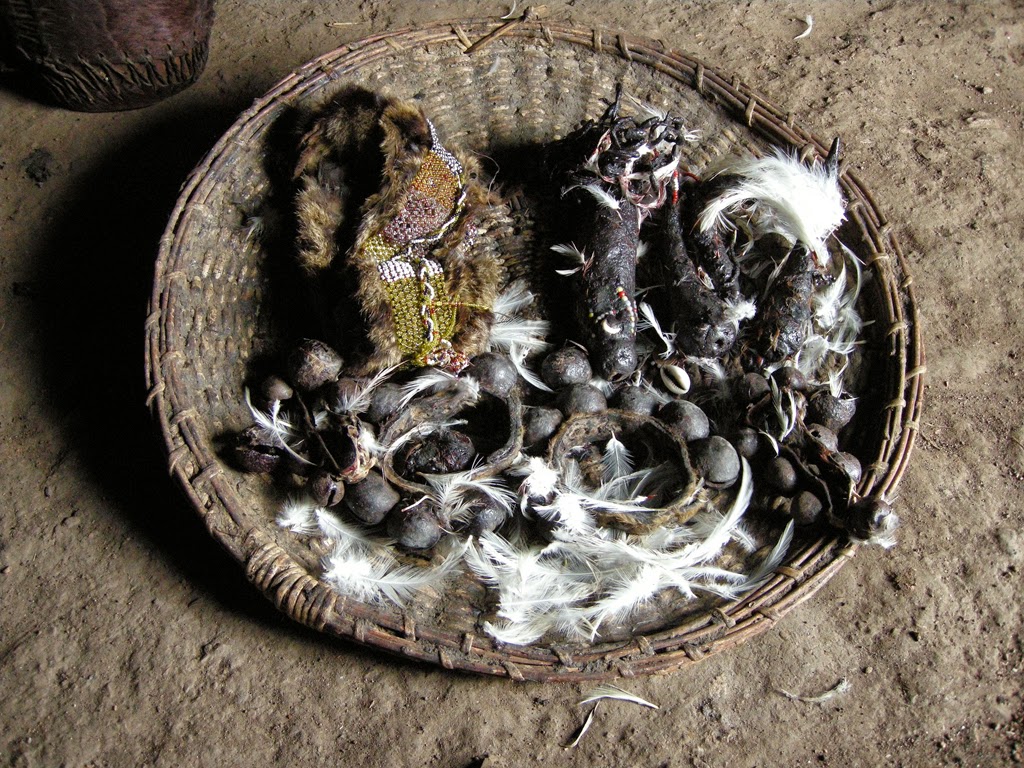 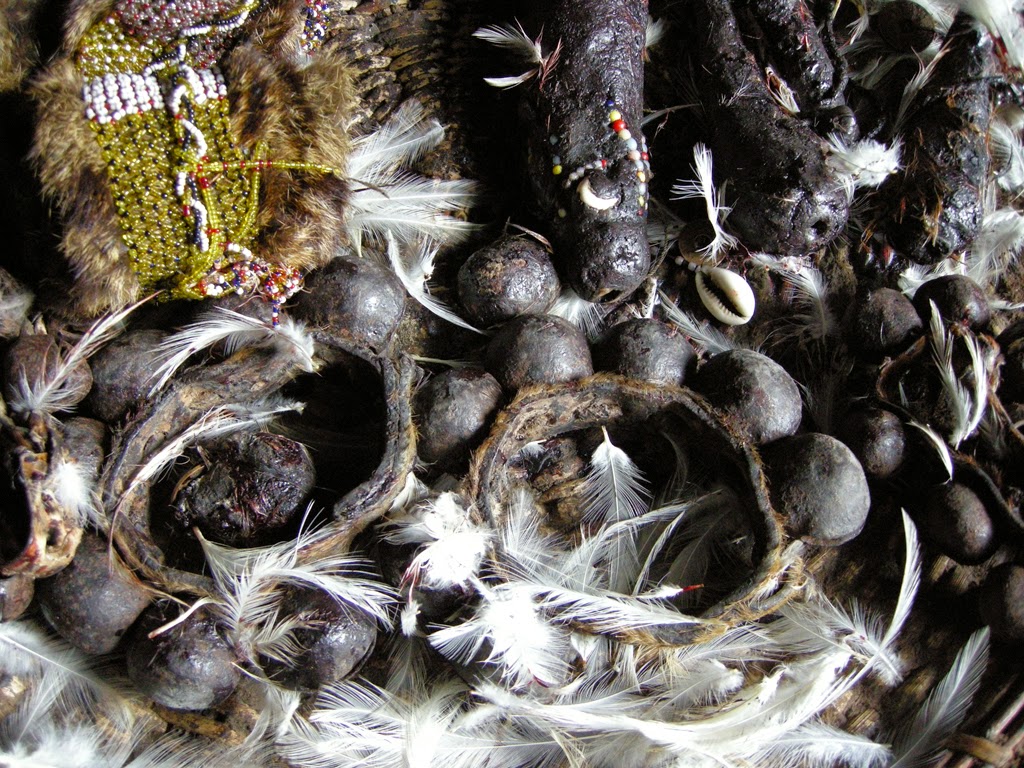 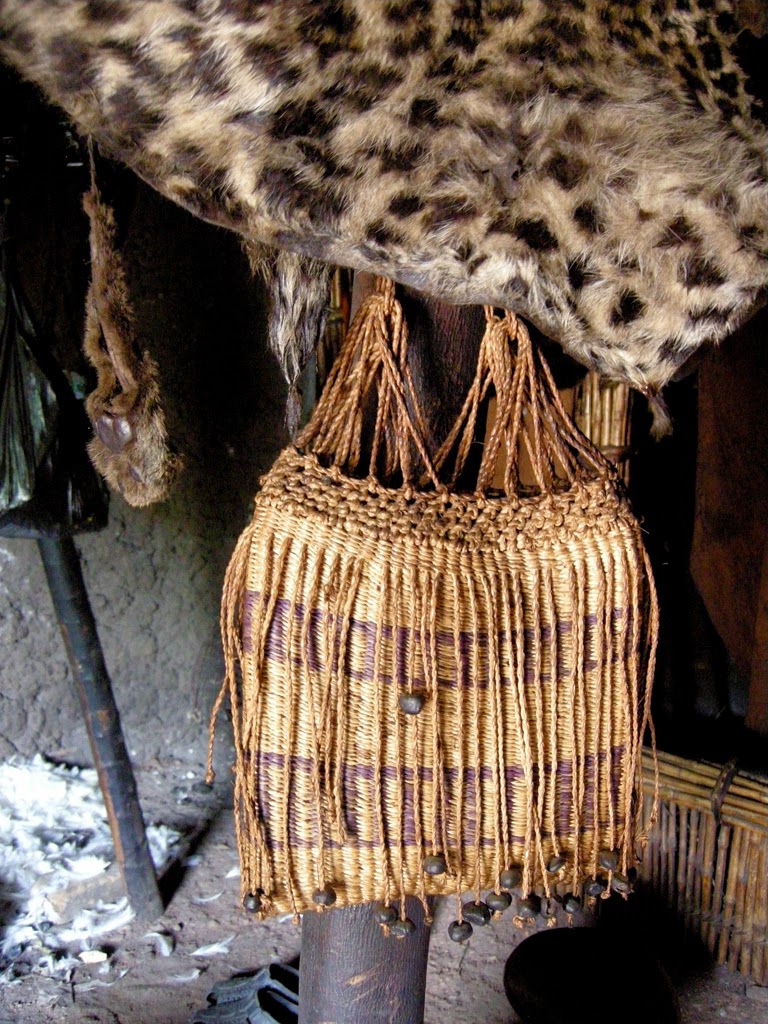 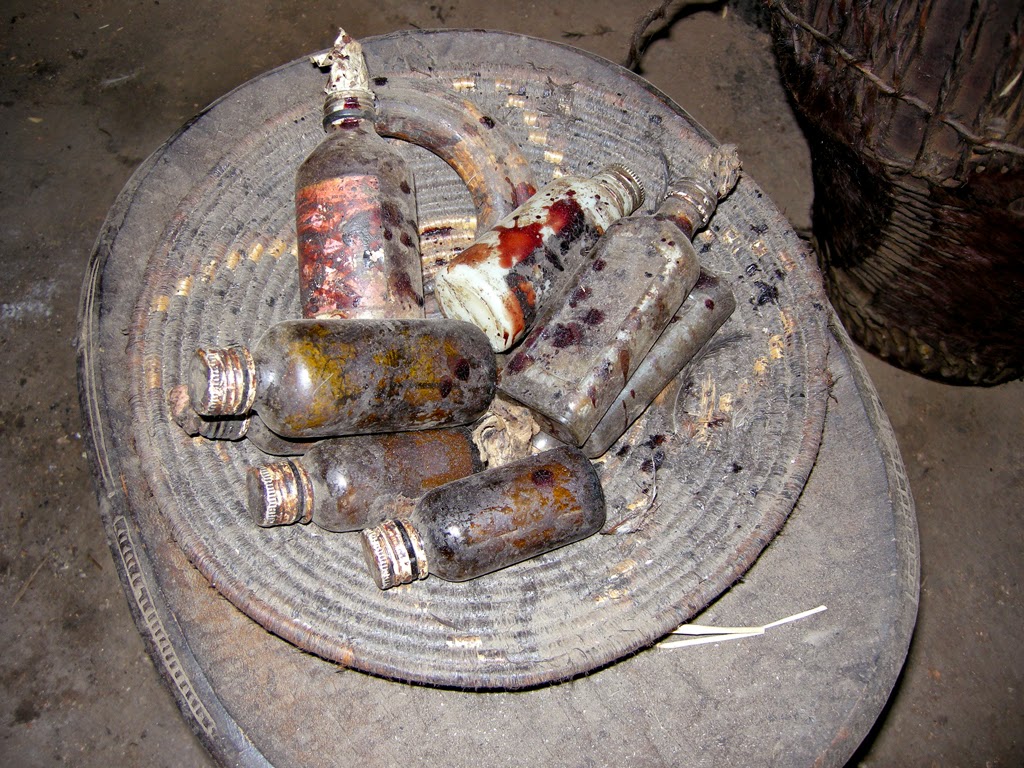 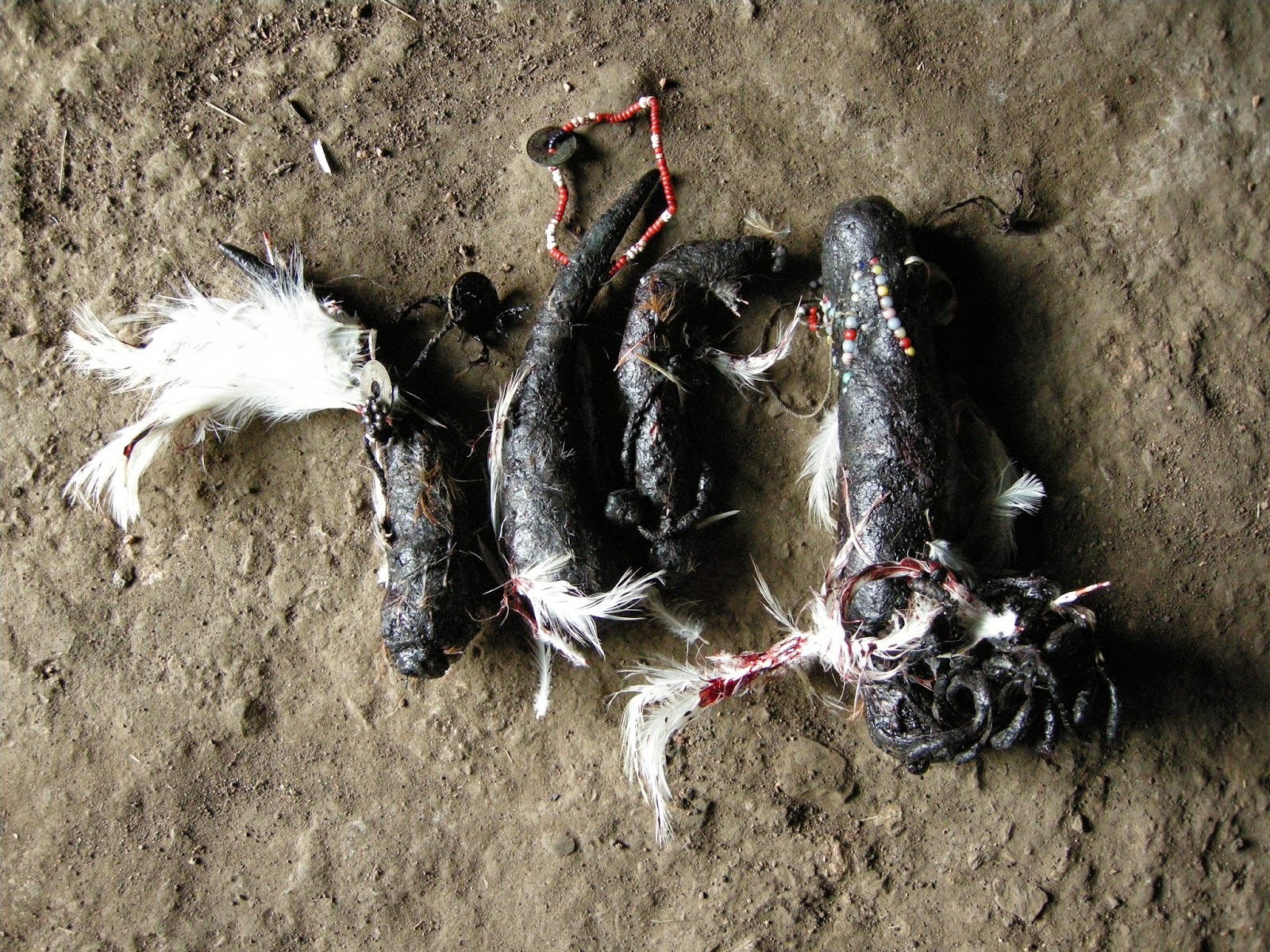 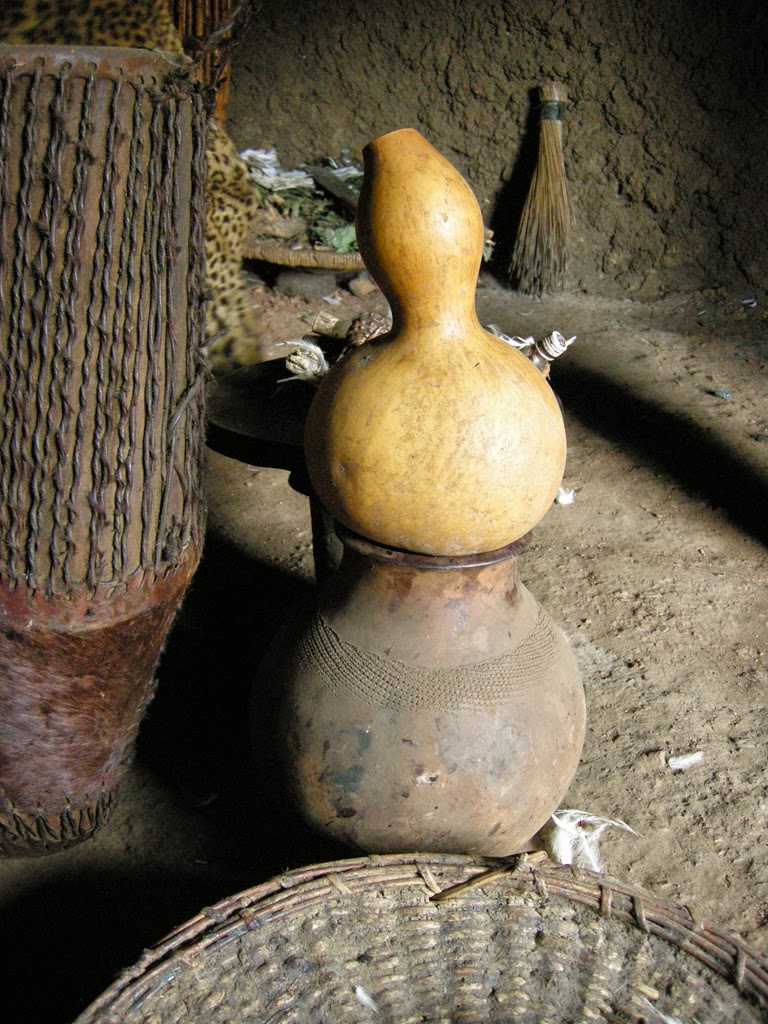