I have been reading Antony Hudek's book "Object" (2014) published by the Whitechapel Gallery, London and found it very interesting debating the vagaries of an objects materiality and its meaning, the subject/object and the relationship of this, all this to explore meaning and importance of an object.  It seems to me that the object and its meaning is very much tied up with the person who made it, the audience that views it, the cultural belief system albeit sacred or non sacred and its past and present.

As Hudek says "objects are not reducible to the material, perceptible and consumable goods we commonly refer to as 'object'.  The world of objects, however 'ordinary', is a trove of disguises, concealments, subterfuges, provocations and triggers that no singular, embodied and knowledgeable subject can exhaust (p.14) 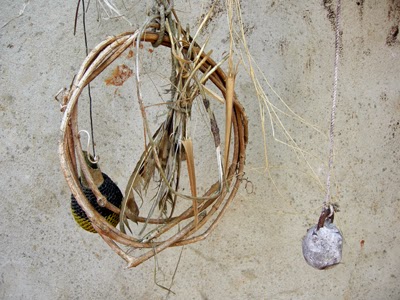 "As Derrida - and others - have repeated again and again: there is no absolute meaning, no fundamental origin, no transcendental signifier.  The tear in the present means precisely this: that there is always something missing or absent that every present is permeated by a non-present."(p.43)

Bill Brown on his 'Thing Theory' (2001) cites, "You could imagine things, second, as what is excessive in objects, as what exceeds their mere materialisation as objects or their mere utilization as objects - their force as a sensuous presence or as a metaphysical presence, the magic by which objects become values, fetishes, idols and totems.  Temporalized as the before and after of the object, thingness amounts to a latency (the not yet formed or the not yet formable) and to an excess (what remains physically or metaphysically irreducible to objects).  But this temporality obscures the all-at-onceness, the simultaneity, of the object/thing dialectic and the fact that all at once, the thing seems to name the object just as it is even as it names some thing else."

Posted by Kate Parsons at 08:33 No comments:

According to Joakim Blockstrom in his article for the Saturday Guardian (17.8.13) 'The Things we Inherit', he says, "The past has value ...because it teaches us who we are.  But this project is not only about looking back. It's also about creating a catalogue of things that might be lost".

The research project I am about to embark on in the Ruwenzori area of Uganda builds on my previous anthropological interests into the rites of passage and the objects associated with them. (Please see the 'Research' Section at www.kate-parsons.co.uk).  I shall be investigating the objects and customs of the Bakonjo linked with death and/or other important markers of life.  This will start at the Ruwenzori Sculpture Foundation (RSF) in Kyemihoko Village, then kilometres north of Kasese with founder David Bwambale (Bakonjo), as assistant researcher. 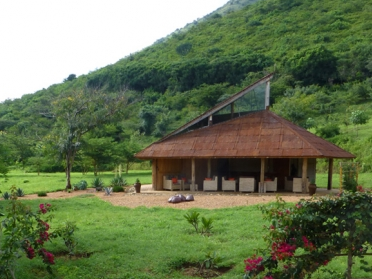 I would like to thank the following organisations for making this project possible through the 'Artist in Residency' programme at the RSF and others who have also kindly provided funding and support:
Pangolin Editions, Ruwenzori Sculpture Foundation, British Institute in Eastern Africa, British Council and the Bath Commonwealth Society.

Posted by Kate Parsons at 07:41 No comments: