Phoned Johnson about gorilla trip and starting the journey to Kisoro at 6.30 am on the Monday till Wednesday.

David is investing the muramura plant today and doing a wax of the second yam.  Emmanuel is changing $235 but he reckons because they are small notes that I will loose almost half in exchange!  Cannot quite get my head around this still!  Talking of which David reckons that the criminals will come back to the grave of the hacked up man (money lender) and take some soil from it for the witch doctor to appease the spirits (or bad demons) that might be 'disturbing them' for murdering the man!  They were talking about taking a video camera and putting it up near the grave to catch them – unfortunately they would probably do it the next night after burial rather than wait this long though.

Winnie said that there is a hierarchy amongst witch doctors and one may be able to cast a more powerful curse than another witch doctor.  She said that the most powerful witch doctor was a woman and who even the MPs consult!  The power of witchcraft is strong and Winnie mentioned these cults that spring up from time to time eg. this cult, professors amongst them, holed themselves up in a church, having been told the world was going to come to an end imminently, and the whole place was sealed and then burnt to the ground.

Saw two tortoises today in the grounds of the foundry house, and Winnie thought there should be three or four.  She nearly picked a tortoise up on the road to put with them but Emmanuel seemed to think it might be cursed, as it looked bigger than the average one around these parts and it was seen coming from a house!!!  Apparently witch doctors can use them.  So as they thought the curse could be transferred to them, they decided not to touch it!

The Landrover (1960s edition) is out of action as the clutch has gone again – can fix it temporarily but really has to have the new part from UK.  Winnie and Emmanuel are off to see Winnie’s parents for the week now so will not be back until 4th.November.   l hope the landrover gets us to Kampala and Entebbe OK for the flight home.

Rungwe phoned and told me it was a palm civet that the witch doctor had on his head and a leopard skin across his chest.  He said they should not have them, so it must be relatively new and therefore illegal! 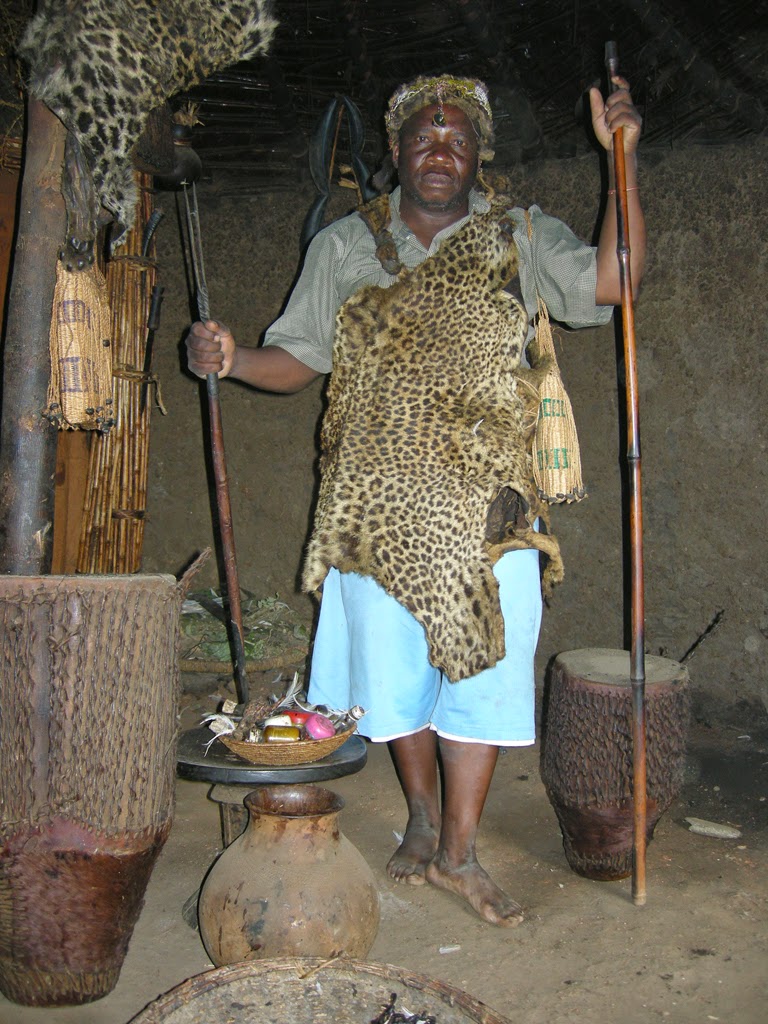